Film includes: as musical supervisor and conductor: The Phantom of the Opera (nominated for three Academy Awards including Best Song, for which he composed the orchestration), Björk’s Vespertine Live at the Royal Opera House, Jesus Christ Superstar (Emmy Award 2001).

Simon conducted On the Town (2005) and The Mikado (2006) for ENO. During 2007, in addition to being musical supervisor for this production of Joseph and the Amazing Technicolor Dreamcoat, he will be conducting On the Town and Kismet for ENO. 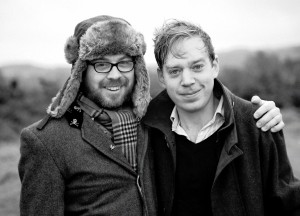 “Marvellously entertaining and stylishly directed by Michael Oakley, in sum one of those evenings when theatre is more alive than life” Five Stars, The Daily Telegraph on Playhouse Creatures

“A sure gift for racy, pacey storytelling that bodes well for the future and his classical career; a young director who already knows that it is telling the story that really counts” Lyn Gardner, The Guardian, on Edward II

Back to The Life and Times of Fanny Hill